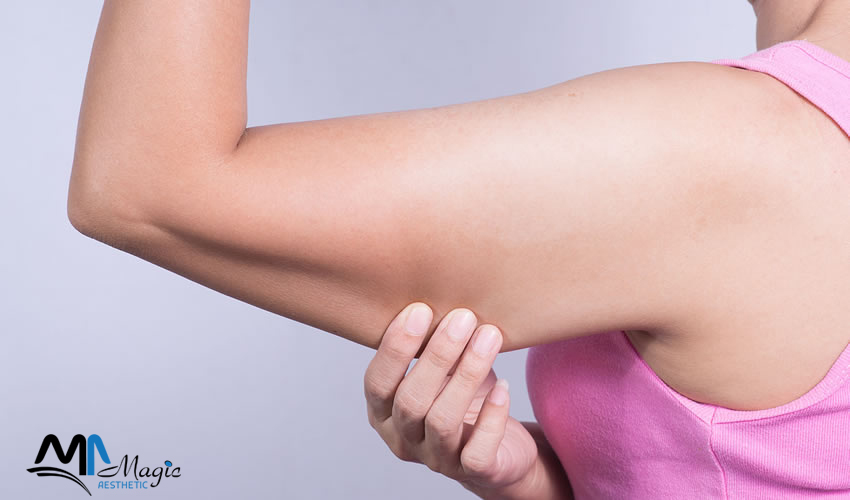 The aim of the arm lift is to remove excess skin and fat in the arm, which accumulate with age, or as a result of losing a large amount of weight
The shape of the arm depends on the amount of muscle tissue and adipose tissue under the skin and the degree of elasticity of the skin surrounding it

In people whose skin is more prone to sagging, the excess fat that builds up in the arm makes it thinner and the skin appears to wear off. Sometimes, the surgeon also removes the fat during the arm lift
Arm surgery is often used when other methods fail to remove excess skin and strengthen muscles. The best way to prevent excess skin from appearing in the wake of severe weight loss is exercise that focuses on the muscles of the arm and shoulder during the exercise
During surgery the shoulders and arms are completely sterilized
(And then several small incisions are made in the back of the arm (the inner lower part of the arm
The cracks are small and are made in several places from the joint to the armpit. The incision passes through the skin and layers that fall under the skin
Thus, the surgeon removes excess tissue – the fat found under the skin, and the skin. Usually the surgeon does not remove large amounts of excess tissue, but removes enough amount to make the arm appear less dilute
In most cases, excess oily tissue is not surgically removed during surgery, except in cases where liposuction is performed during surgery. Finally, it is done
Tighten the skin and sew the surgical incisions using special stitches, and then put elastic bandages / bandages. The surgery takes two hours