In the past, many people boasted that they had a large front, which they considered a measure of wisdom, intelligence and influence, but this attitude soon changed and many men and women complained of the broad front, which they thought detract from their general appearance and wanted to get rid of it.

The high forehead can greatly increase the individual’s sense of dissatisfaction and lack of attractiveness and limit the beauty of the form of hair and aesthetic methods that can be done by the individual, who has much to wear a head covering to help hide the shape of the large forehead.

Hair transplant surgery is not limited to cases of genetic baldness, but is characterized by a large size of the front, which looks like a case of partial baldness, so reduce the forehead and forehead hair transplant is the best solution to get a decent appearance away from the embarrassment caused by the large front and forehead in the way Hair styling, the process of minimizing the front may be accompanied by a tightening of the forehead and eyebrows, but with the development of cosmetic operations has become easy to solve the problem of the wide front.

* Why do many cases to perform the process of reducing the front?

There are many reasons that lead to the large size of the front or (broad front) as follows:

– The height of the forehead may be significantly due to genetic factors, hair loss or previous surgery, such as lifting the eyebrow or rarely because of the lifting of the eyebrow brow.
– The result of aging and what happens from the return of hair back and thus increase the size and size of the front.
– Genetic factors show more than 70% or more in men, which is known as genetic baldness and starts gradually on both sides of the front, while women complain of weakness and lack of hair density.
– The use of many chemical preparations for hair care, which causes early baldness.
– Mistakes in hair care and intensity and combing wrongly, such as violence and excess wheel, and wearing the veil for very long periods without ventilation of hair.
– Taking drugs as a result of chronic diseases such as cancer, leading to hair loss and therefore the size of the front.
– Thyroid diseases may lead to the regression of hair growth line back.

* Simple treatments begin with the doctor to treat the cause of hair loss:

* What are the best ways to reduce the front?

* Process of minimizing the front surgically:

The front is narrowed by 1 – 2 inch or 2 – 5 centimeters. According to the doctor ‘s vision, the doctor will identify a new line of hair on the front border and then cut the distance between the hairline and the new line and then connect these areas with each other by cosmetic stitching or operation, and the most preferred by cosmetic doctors to hide the effects that create after sewing, and then the doctor begins to cut part of the bones of the front followed by the stitching of the wound cosmetic, this method helps to get the best results in the process of reducing the front, and that is because hair transplantation takes place at the same time the operation.

* The process of cultivating the front hair removal:

It is an appropriate solution and is based on hair transplantation to reduce the front, so this process is one of the most common operations, especially in people who fear cosmetic operations, in addition to safe and no side effects.

The process of hair transplantation using the technique of harvesting by extracting seedlings and planting directly in the target area, there is no preparation stage for bulbs in this process because the bulbs are not saved until the completion of extraction, the doctor uses a pen of a special type “Choi” to extract the bulbs from the donor area, It is planted immediately without delay in the receiving area, so each bulb extracted is directly grown.

* What is the technique of harvesting for hair transplantation:

The technique is characterized by the absence of any traces or scars after the restoration of donor areas and the form of hair in those areas as it was before. 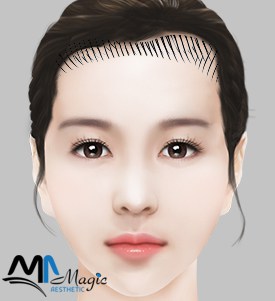 * Candidates for the process of reducing the front?

– All the situations that have a broad front and are disturbed by their appearance.
– Cases of baldness in men.
– Cases of hair line decline and decline on the front of the head.
– Light hair cases in women also contribute to show the size of the broad front.

* Consult the doctor and discuss the conditions of the operation before surgery is considered one of the most important meetings conducted by the patient with the doctor because it can recognize the following:

– What are the best methods and techniques suitable for the process of exposing the front?
– When will the effects of the process disappear and return the patient to his original condition?
– Do I need post-operative health care?
– Are medical centers or hospitals better for surgery?
– How much is the cost of the operation?
– What program should the patient follow after the procedure?
– What health preparations should the patient be careful about before surgery?

* What distinguishes Turkey from the other countries competing in cosmetic operations?

– The Turkish government’s concern to impose strict procedures on the licenses of cosmetic doctors to obtain the highest possible quality for those seeking medical tourism.
– Turkish doctors have distinguished themselves with the expertise and skill to compete with the most famous surgeons in Europe.

* How long does it take?

The surgery takes two hours to complete, and recovery time is seven to ten days.

* Doctors advice after making a hairline?

– Do not wash the hair for at least two days after the procedure.
– Avoid doing any kind of sports such as swimming, running or gym for at least two weeks.
– Put the snow in any place swollen due to surgery.
– Ask your doctor about instructions to be taken in order to take care of the right after the procedure.
– Alcohol and smoking should be avoided because they slow the recovery process.
– Avoid anti-inflammatory drugs because they lead to bleeding.
– Eat supplements containing vitamin C. 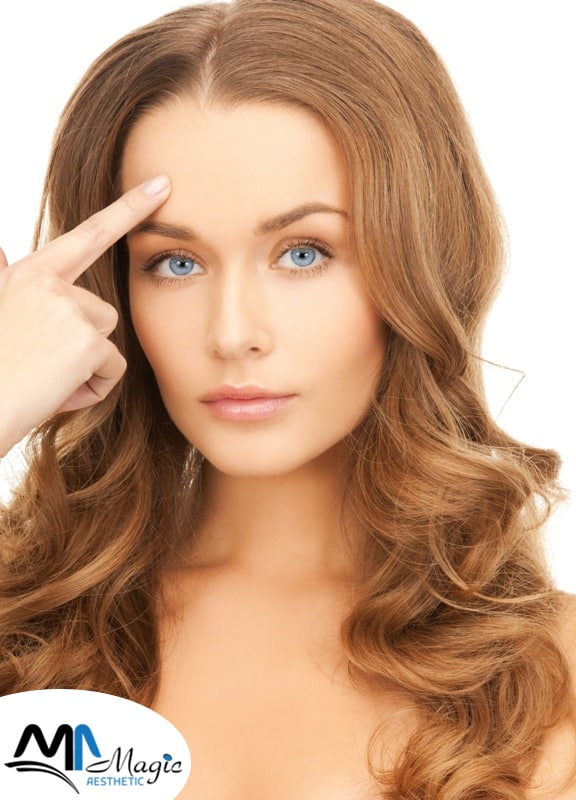 * The surgery to reduce the front of the surgery is accurate because it takes place in the face, which is sensitive area so you need to choose a surgeon carefully:

– Your choice of cosmetic surgeon is first related to the extent of his competence in this type of surgery and the record of previous operations he performed.
– The efficiency of reliable and famous cosmetic clinics does not hire doctors without sufficient qualifications. In addition, you can also search the doctor’s educational background.
– Many doctors working in the best beauty centers are studied at the best Western universities, whether England or the United States of America, which ensures the efficiency of the surgeon and the techniques used to meet the standards of Western.
– Centers that conduct their operations accurately and care enough to help in the success of operations and improve the condition of the patient dramatically, so the person who is looking for a suitable center to inquire well and ensure the quality of the work of those centers intended to conduct the process.
– Accreditation of the doctor by an international association recognized in the field of hair transplantations such as the International Association of Surgeons of Hair Cultures.
– The doctor has spent at least 5 years of intensive training in hair transplantation after obtaining his certificates and accreditation.
– Review the history of previous operations carried out by the doctor in the same field and the results of these operations is an important measure in the process of evaluating the doctor’s professionalism and proficiency and efficiency.
– Obtain a regional license from the state in which the operation is carried out and the medical center also obtain a recognized license so that the operation is safe in a recognized place.

* Turkey is one of the best countries to grow hair and all plastic surgery because of its therapeutic centers and major clinics and hospitals on the latest technology, based on the technology of modern cosmetic medicine by the best doctors distinguished in reducing the broad front and hair transplant, a traditional fast methods used by women to reduce the size Broad front:

– Apply two degrees of foundation cream, so that the dark side of the sides of the forehead to reduce the area, and the light degree in the middle, and taking into account the convergence of degrees of skin color so as not to result in an improper manner, including the front until the hair shaft, in addition to the neck.

– Put a few points of foundation cream darker than the user in the first step near the hair shaft along the front line and sides, and using a large feather and clean the foundation of the dark foundation on the outer border of the front, reaching from the hair shaft to a distance of an inch or slightly towards The internal boundaries of the front from the top and sides, and prefer to move the feather in a circular way during the individual cream to avoid the existence of any lines clearly separated between the chromatic base. 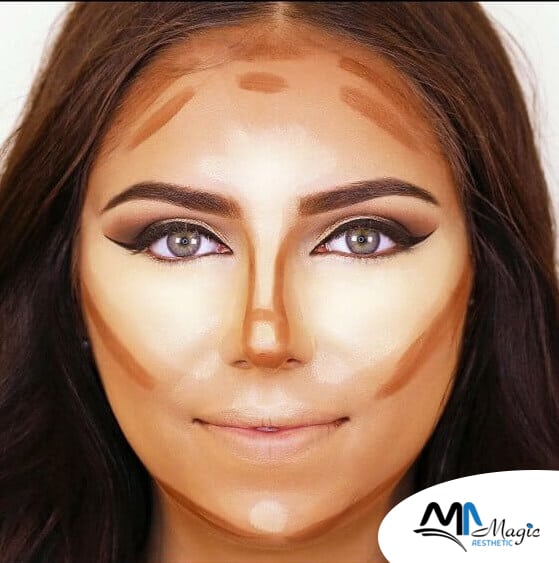 • Reduce the size of the forehead in the hole:

This is done by cutting the hair around the front so that it is short to get the appropriate foam for the face, and also advise not to tighten the hair back so as not to show the size of the forehead in addition to hair styling through several layers help greatly reduce the size of the front.